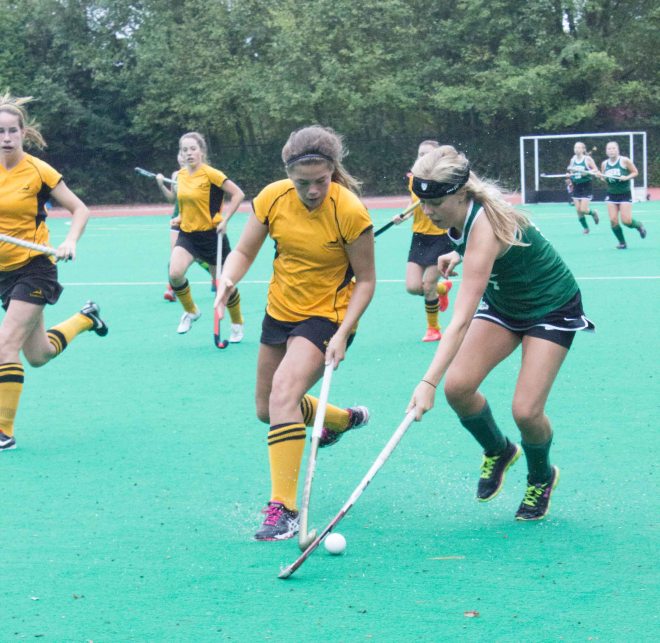 Congratulations to the Varsity Field Hockey Team for an excellent performance at the ISAs at Crofton House.

ISA field hockey teams include many of the very best in BC and a 5th place finish is excellent.

The Tigers dominated Southridge 4-0 in game one, then lost in a very tight 2-0 decision to St. Michaels University School (SMUS) in game two. SMUS scored two late goals to clinch the win. SMUS finished 2nd in the AA BC Championships last season.

Saturday morning, the Tigers battled to a 0-0 draw with Shawnigan Lake (SLS), the defending AAA BC Champions. York House finished a close 3rd in pool play behind SMUS and SLS and faced Brentwood College for 5th. In dramatic fashion, the Tigers defeated Brentwood in a shootout with senior, Lucy, scoring the winning goal to help the Tigers claim 5th.

Congratulations girls and thank you to the team and coaches, Stephen Bissett and Chris  Cropley. 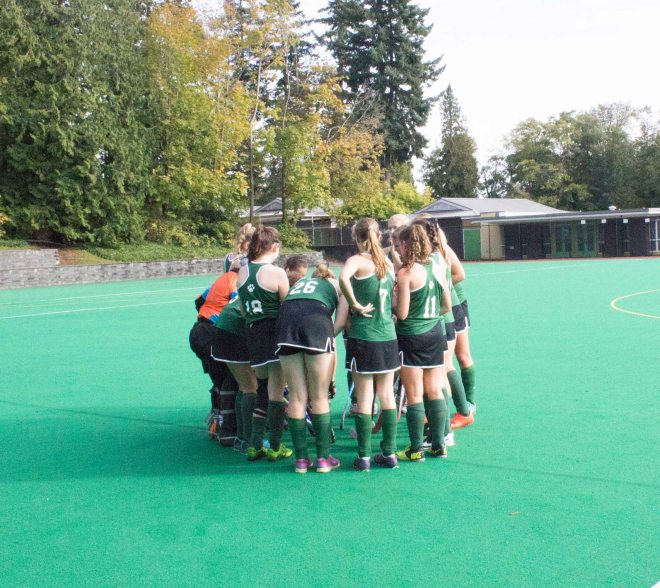 The Tigers went four wins and zero losses through round robin play at the UBC Tournament after wins over Rockridge 2-0, South Kamloops 1-0, Southern Okanagan Secondary 5-0 and JL Crowe 4-0. The Tigers earned first place in the nine team draw and faced Kelowna Secondary School (KSS) and Little Flower Academy in the playoff round, earning a draw with both teams. KSS won the tiebreaker. 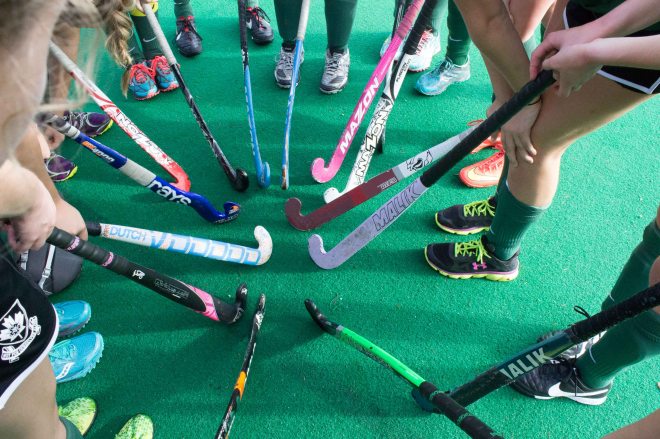 Congratulations to the Sr. Volleyball Team for winning their 2nd straight Spartan cup at the Western Canadian Independent Schools Volleyball Championship (WCISVC) this Saturday. The tournament was held in Wilcox, Saskatchewan from October 15-18.

The girls played very good volleyball and went through the round robin matches undefeated. On Saturday morning the team had two starters (Michelle and Alex) writing the PSATs, so we went into our semi-finals with Blair and Erin, our two Grade 10s, starting. They played very well, leading to a victory over Crofton.

For the final, the team played against Rundle College. Rundle played extremely well defensively and executed their game plan to perfection. We won the first set relatively easily but then lost a tight second to set up a third winner-takes-all set.

We started the game off down 3-0 in a game to 15 and switched sides down 8-4! We struggled to find our groove and found ourselves down 12-9. The girls never panicked and took the time to re-centre themselves and focus on their goal. They went back and Michelle served us back to 12-12 before losing a point to make it 13-12 for Rundle with one of their top servers on the line. She served well but we managed to get a key kill from Kaleigh. Amelia then went back and served two outstanding serves to get the team a 15-13 win!

Dayna was recognized as the top blocker in the tournament, Siobhan was an honourable mention in the same category, and Kaleigh and Siobhan were in the running for top hitters. Kaleigh was named our team and tournament MVP – a well deserved award.

Overall, this was one of the strongest tournaments in years and the girls worked very hard to bring back the trophy. It was a team effort, with everyone on the team contributing at different times throughout the week.

Congrats to our Jr Volleyball Team who just defeated Southridge to take home the ISA Jr Championship! The tournament was held Friday and Saturday at Shawnigan Lake (Oct 17 & 18). Congrats to all the girls and their coaches and thank you for your continued support. You can see our Jr’s this Thursday (Oct 23) as they host games here at YHS.

This past weekend has been as busy as it could be for Tigers Athletics. Each of our teams enjoyed successes and had very valuable experiences that would not be possible without our coaches and chaperones. Thank you.