On Saturday, November 28, Grade 11 and 12 students participated in the Kwantlen Science Challenge, placing first out of 30 Senior teams.

The Kwantlen Science Challenge is a day-long competition for high school students from Metro Vancouver and Vancouver Island. The competition consists of five, one-hour long practical laboratory activities in Biology, Chemistry, Environmental Science, Geology, Engineering Design, Mathematics, and Physics. The activities are designed to be educational and entertaining. There is also a Jeopardy round that includes questions in all sciences and maths, and a design project that the students build prior to the competition.

In the Biology activity, the girls were assigned two tasks: finding “Patient Zero” and determining what type of vaccine would be most effective in combatting a new virus. In this scenario, the girls were delegates at a WHO (World Health Organization) conference who must try to determine how to handle the spread of a virus that has “caused” a pandemic. Working in their group, the girls are  offered pieces of information to determine which combination of components in a vaccine would be the most effective. York House received one of the few perfect scores in this challenge. 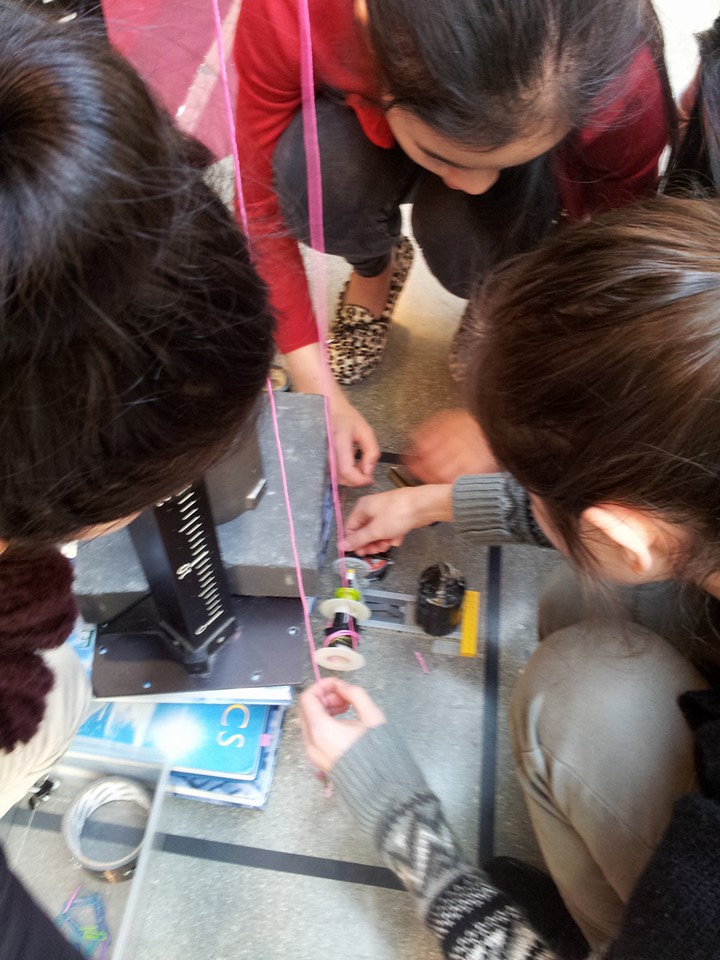 For the Physics challenge, the YHS team had access to a lab that had a pellet gun mounted in a holder. They had to fire the gun (safely) into a gelatinous substance and calculate the speed of the pellets in motion, factoring in variables such as the velocity of the pellets while in gel, drag force, viscosity and more. York House was one of the few teams to complete this challenge.

In Jeopardy, there were two rounds, each with different categories varying from “Made in Canada” to “Nuclear Physics”. Our first team consisted mainly of Grade 11s, who managed to put us in a slight lead. The Grade 12s carried us into the second round. However, it was a tight battle with Collingwood right up until the final question and unfortunately, the final points were awarded to Collingwood.

Our total points put us over the 2000 benchmark and scored us with one of the highest point totals of all the teams.