Congratulations to our Sr. Volleyball Team who, despite graduating so many strong seniors last year, took home the silver medal from the 2015 Western Canadian Independent Schools’ Volleyball Championship (WCISVC) at St. Michaels University School (SMUS) on the weekend.

Our young Tigers team defeated Strathcona-Tweedsmuir School (STS), Crofton, St. John’s Ravenscourt, Stratford Hall and SMUS to finish in a three-way tie for first place after round robin play. In the playoff round, the Tigers defeated Crofton House 2-0 and then met STS of Calgary in a heated semi-final. After losing Game 1, the Tigers found their form and beat STS 2-1 to reach the final vs. Rundle of Calgary. This was a rematch of last year’s final that the Tigers won. Unfortunately, Rundle was rested and the Tigers just couldn’t get their game going and lost a tough final.

Congrats to our young varsity team and another great result at WCISVC! Thank you and congrats to our coaches Mr. Ruse and Tamara R. 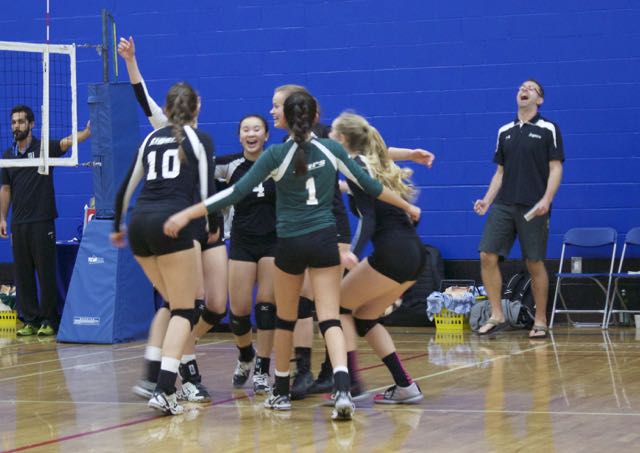